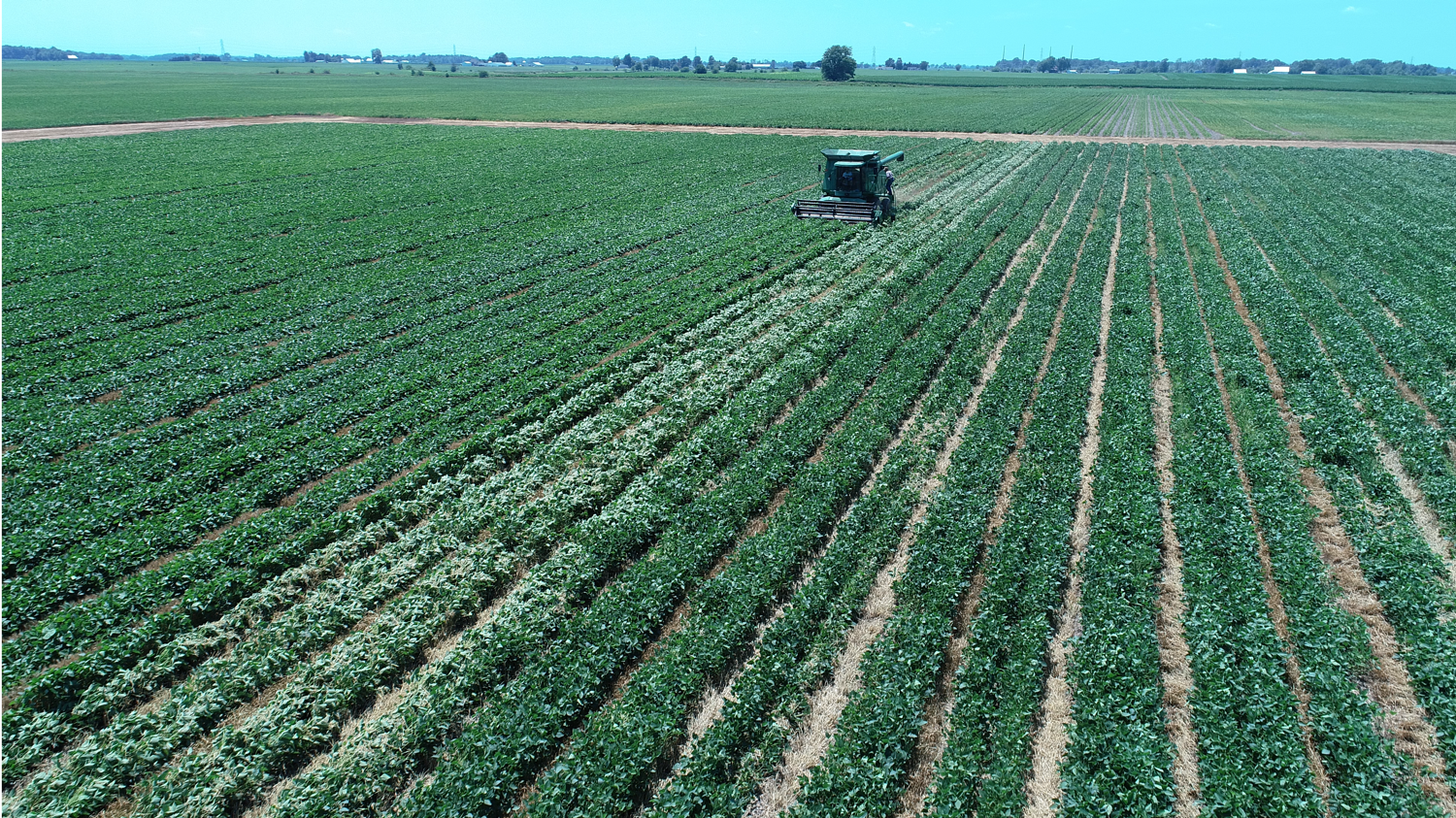 Through trial and error, Jason has developed “constant canopy” cropping systems that produce more profits from less inputs with a by-product of a healthier soil and environmental footprint. It is all about time, space, and sunlight.

The Constant Canopy Cropping System uses relay cropping, essentially a special version of double cropping, where the second crop is planted into the first crop before harvest, rather than waiting until after harvest as in true double-cropping. 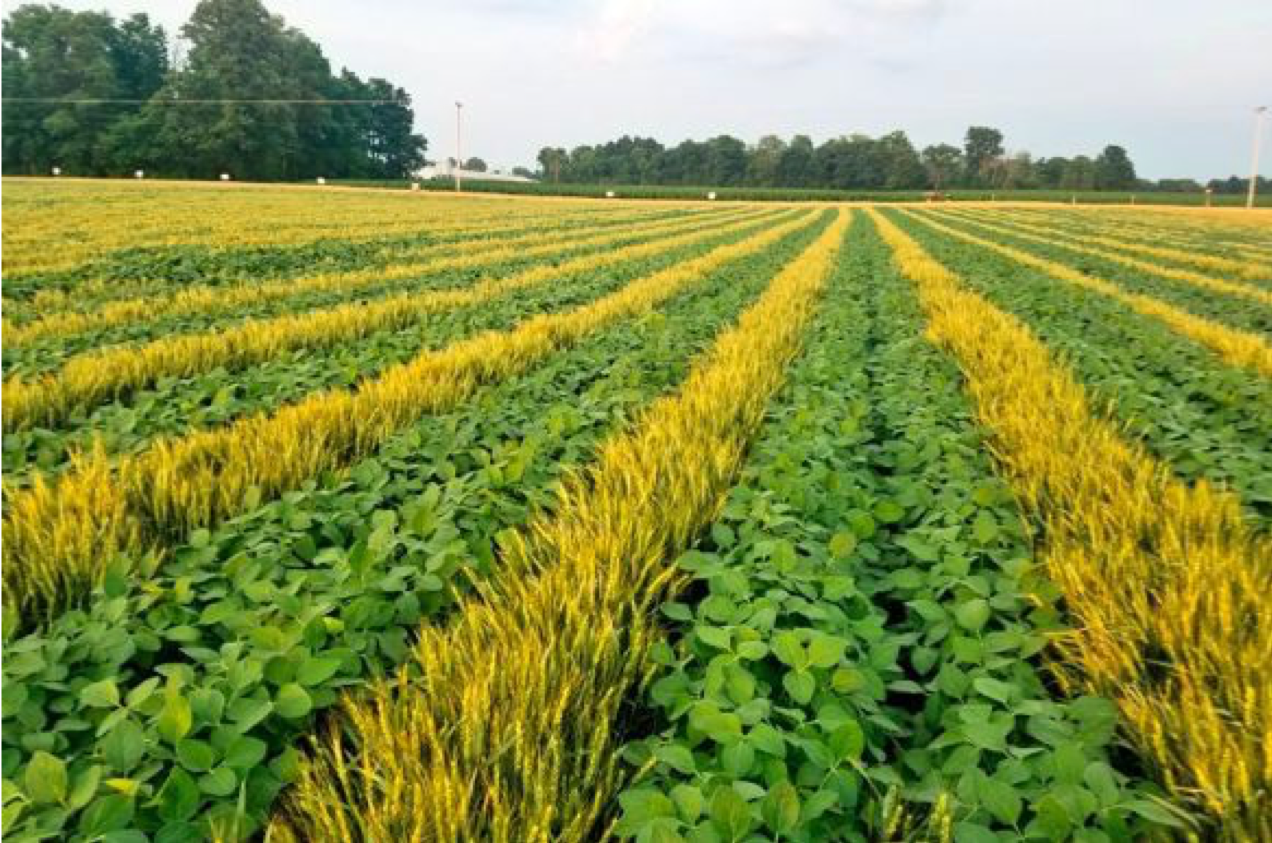 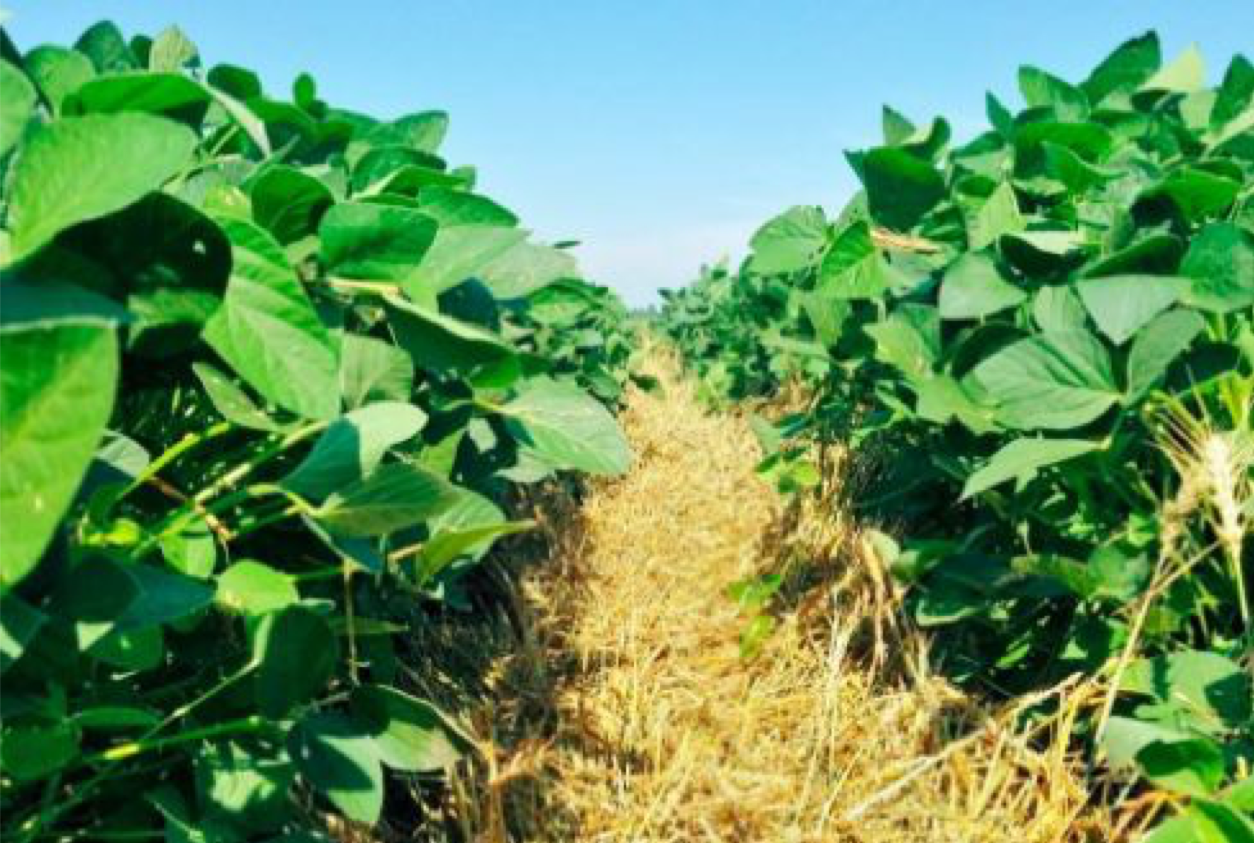 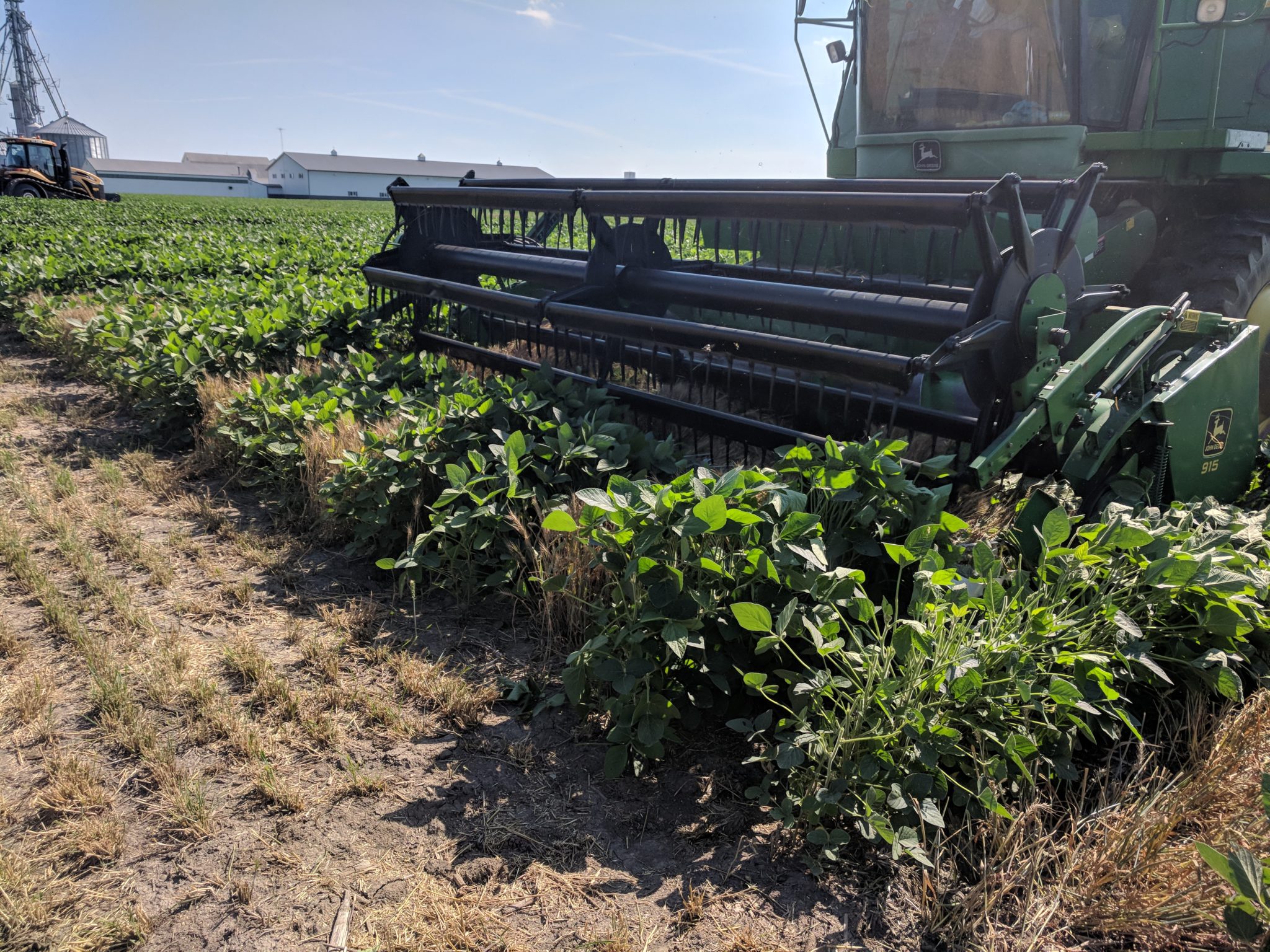 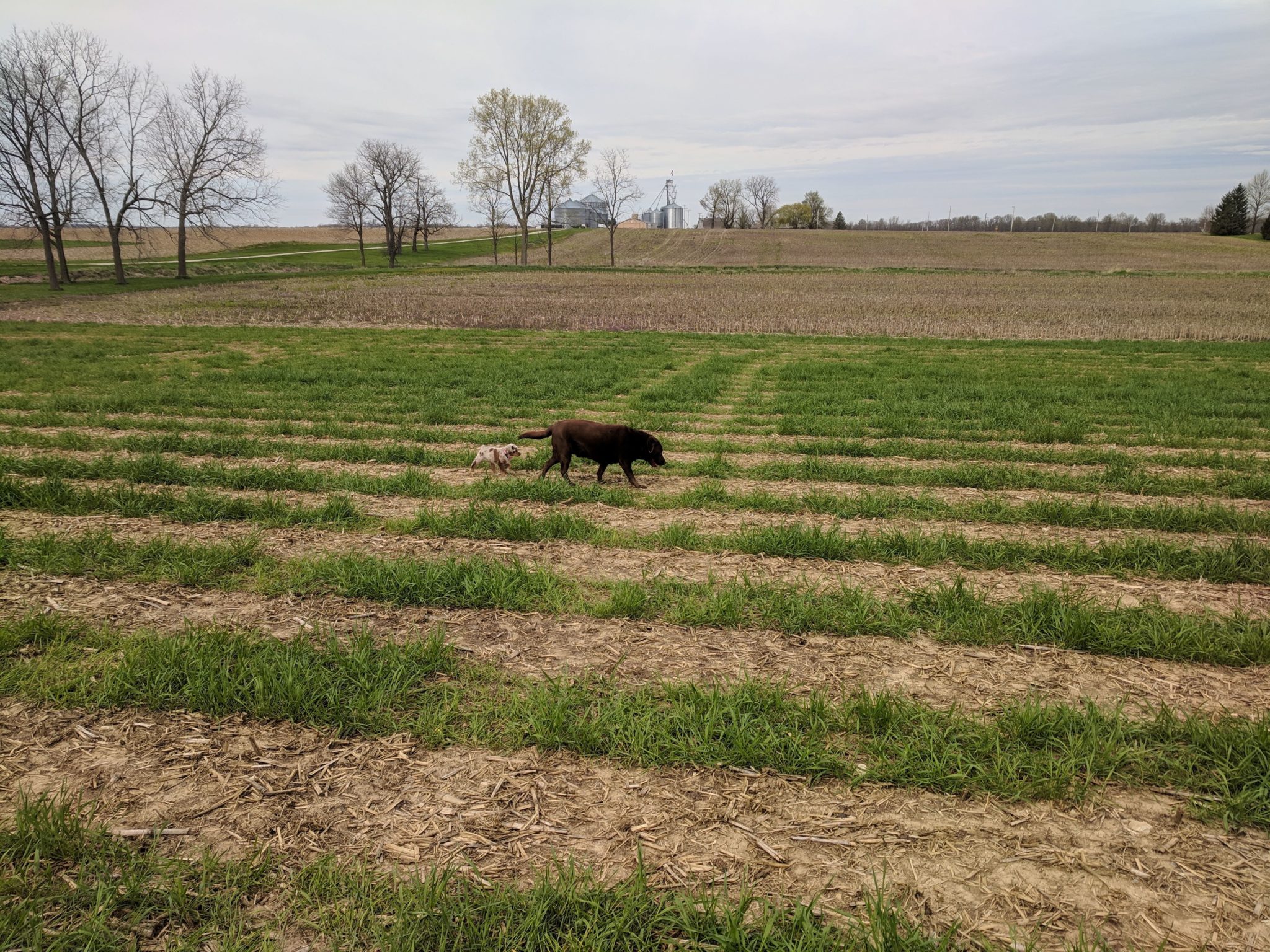 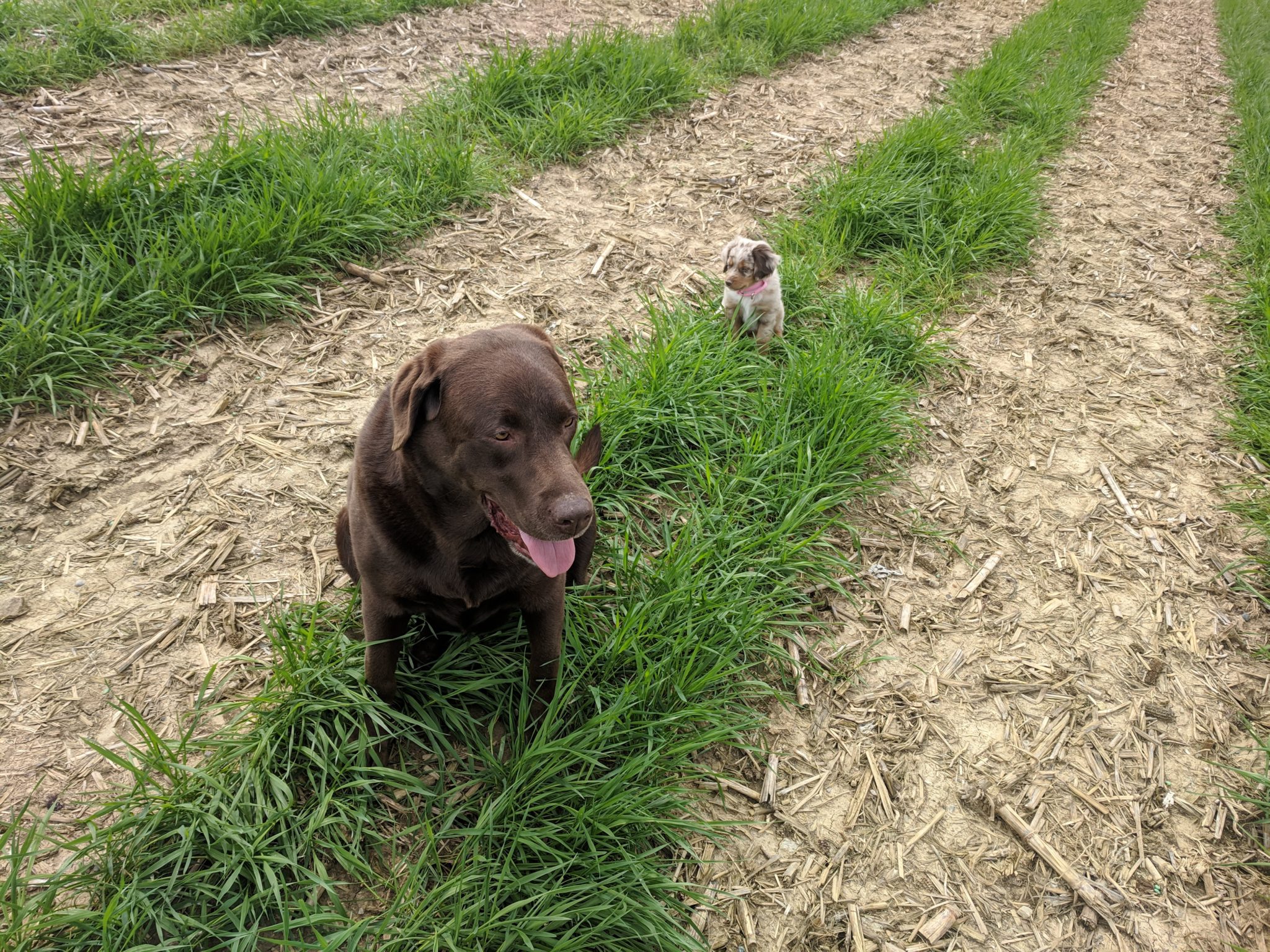 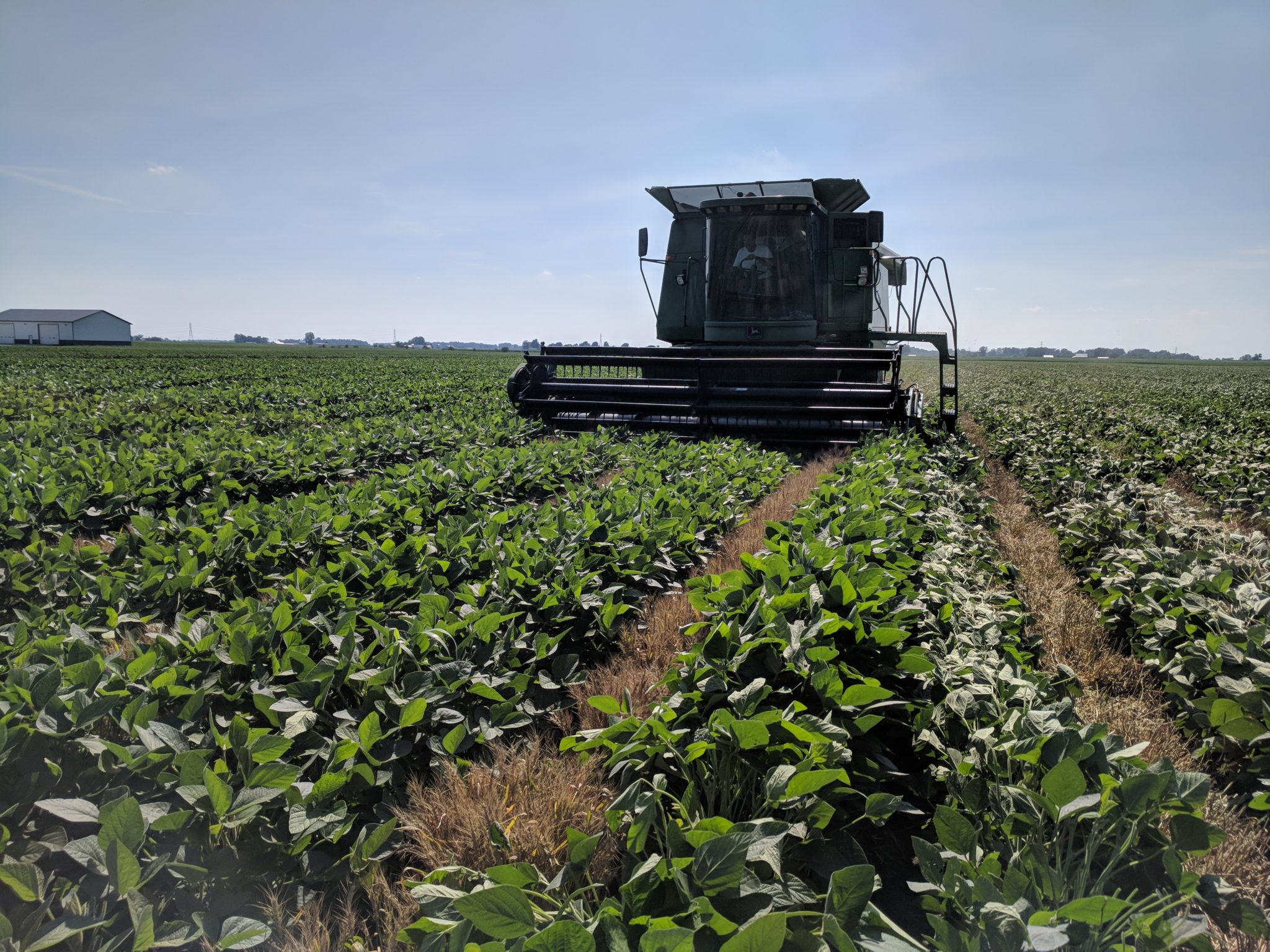 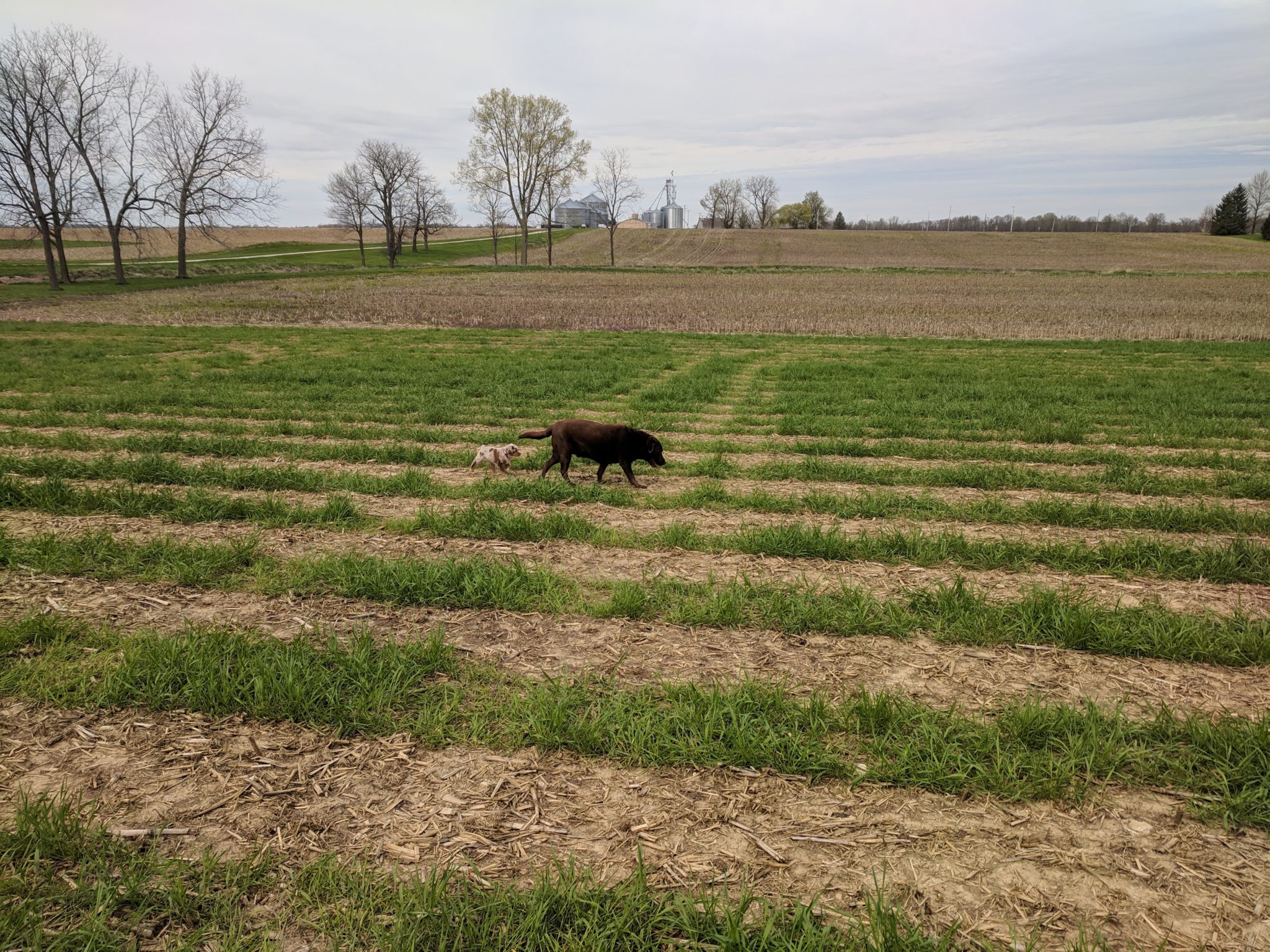 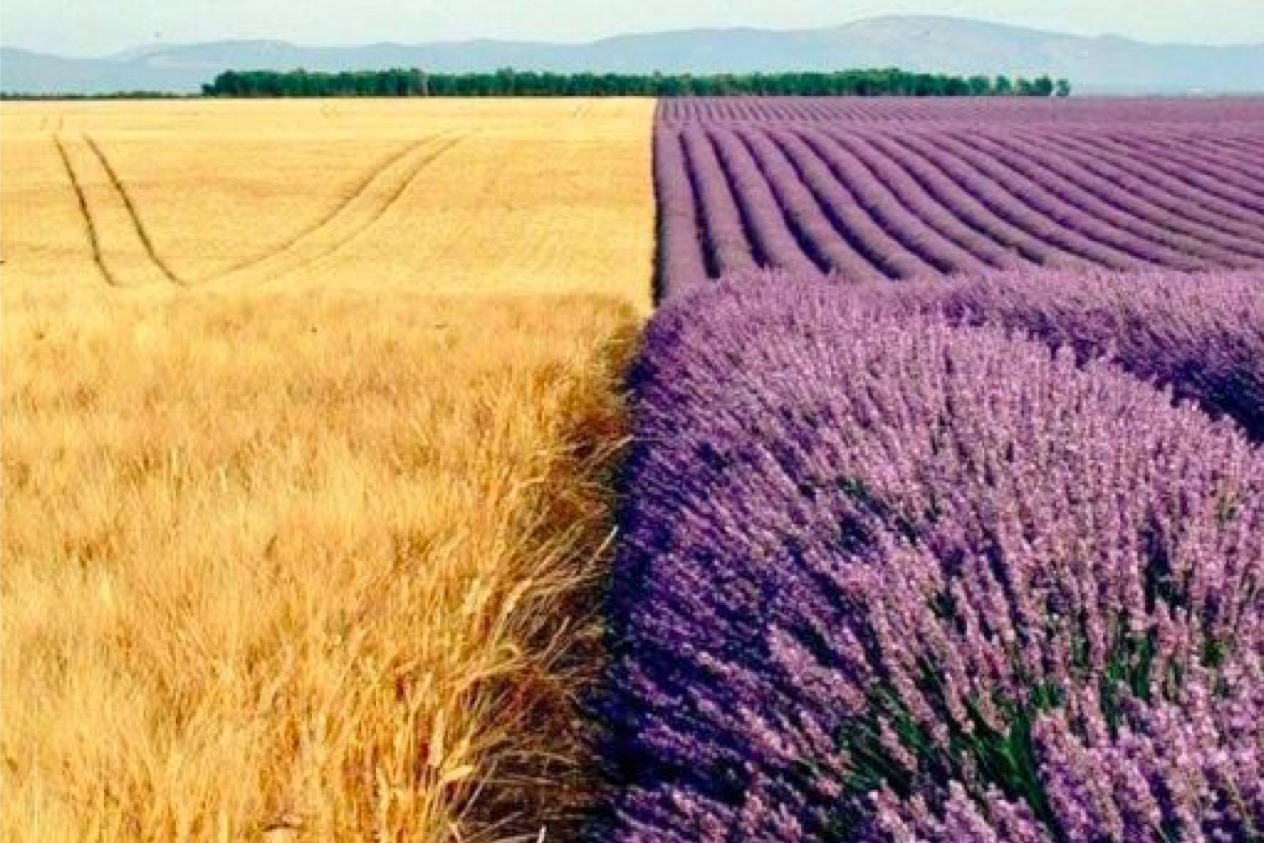 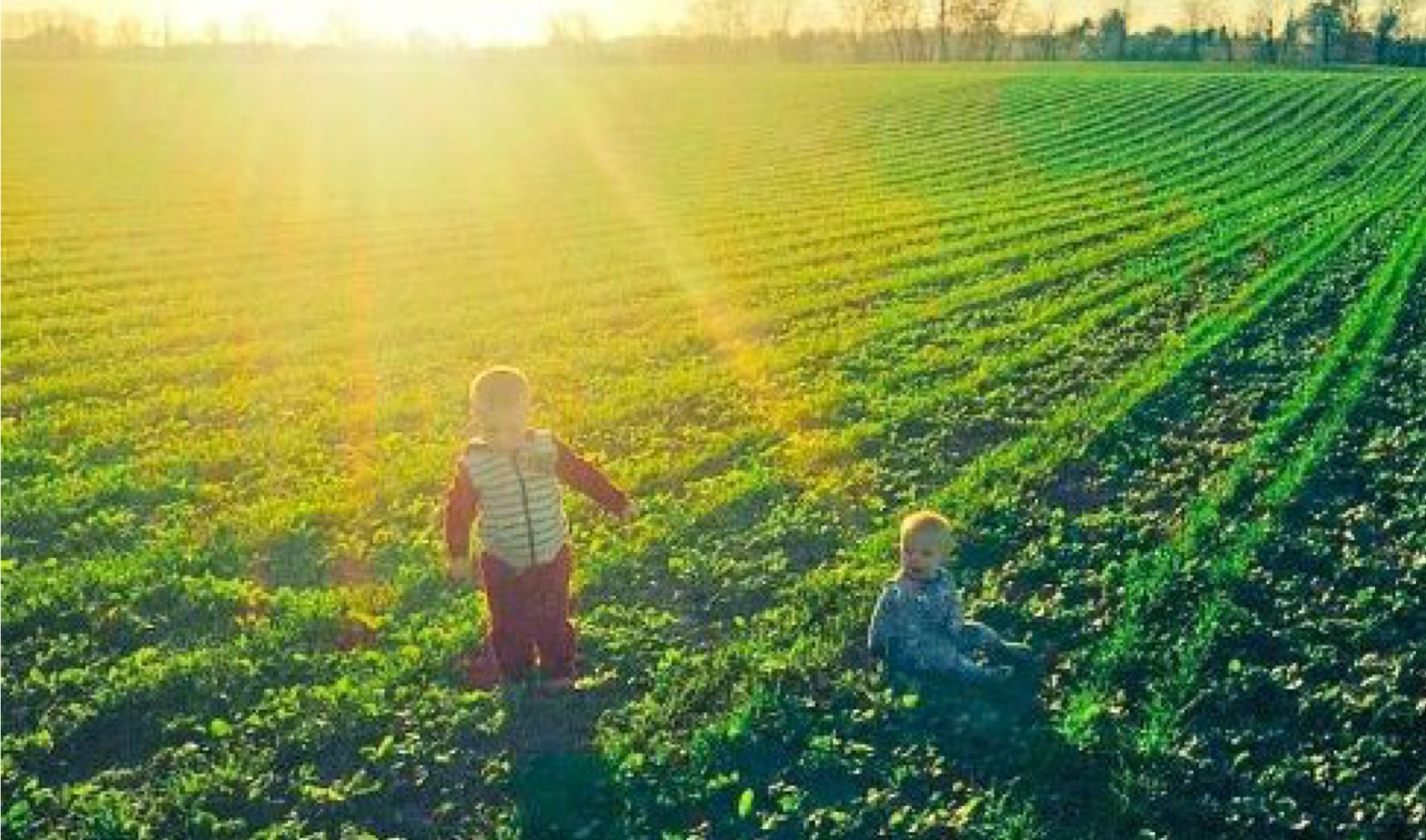 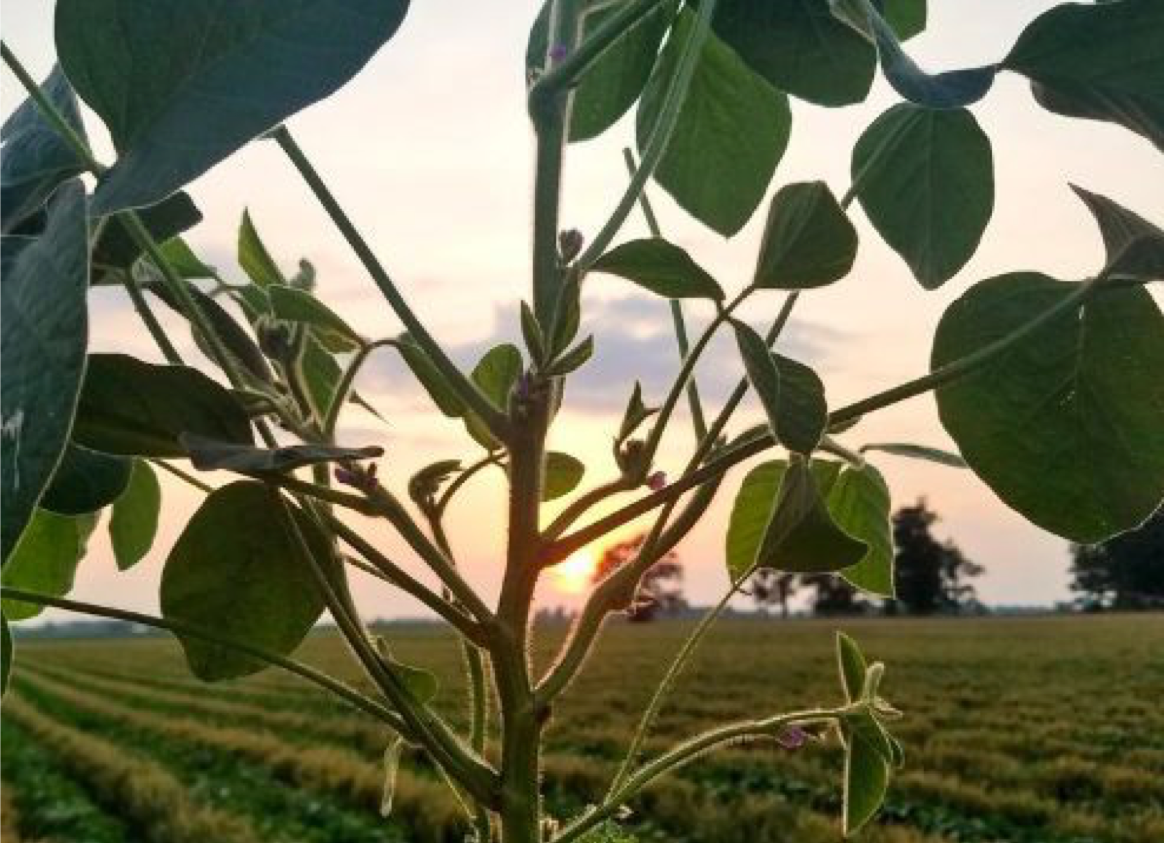 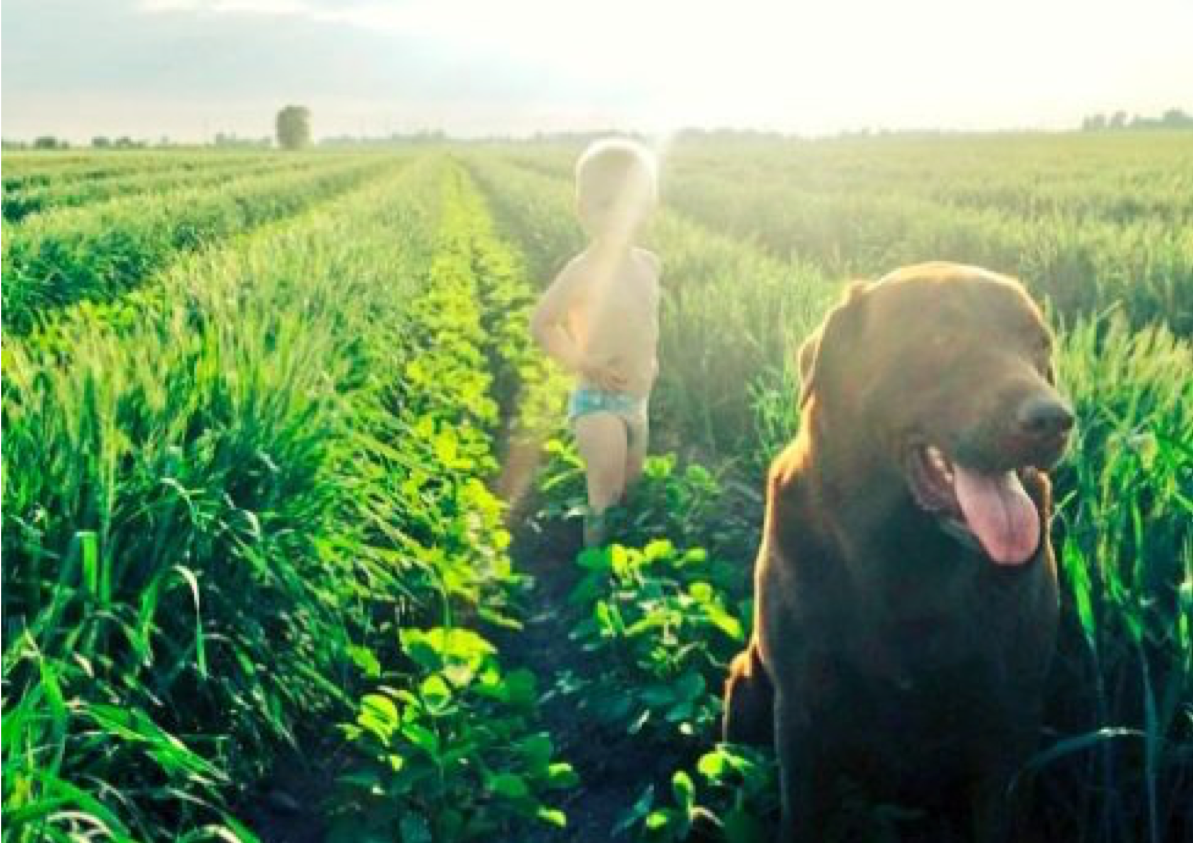 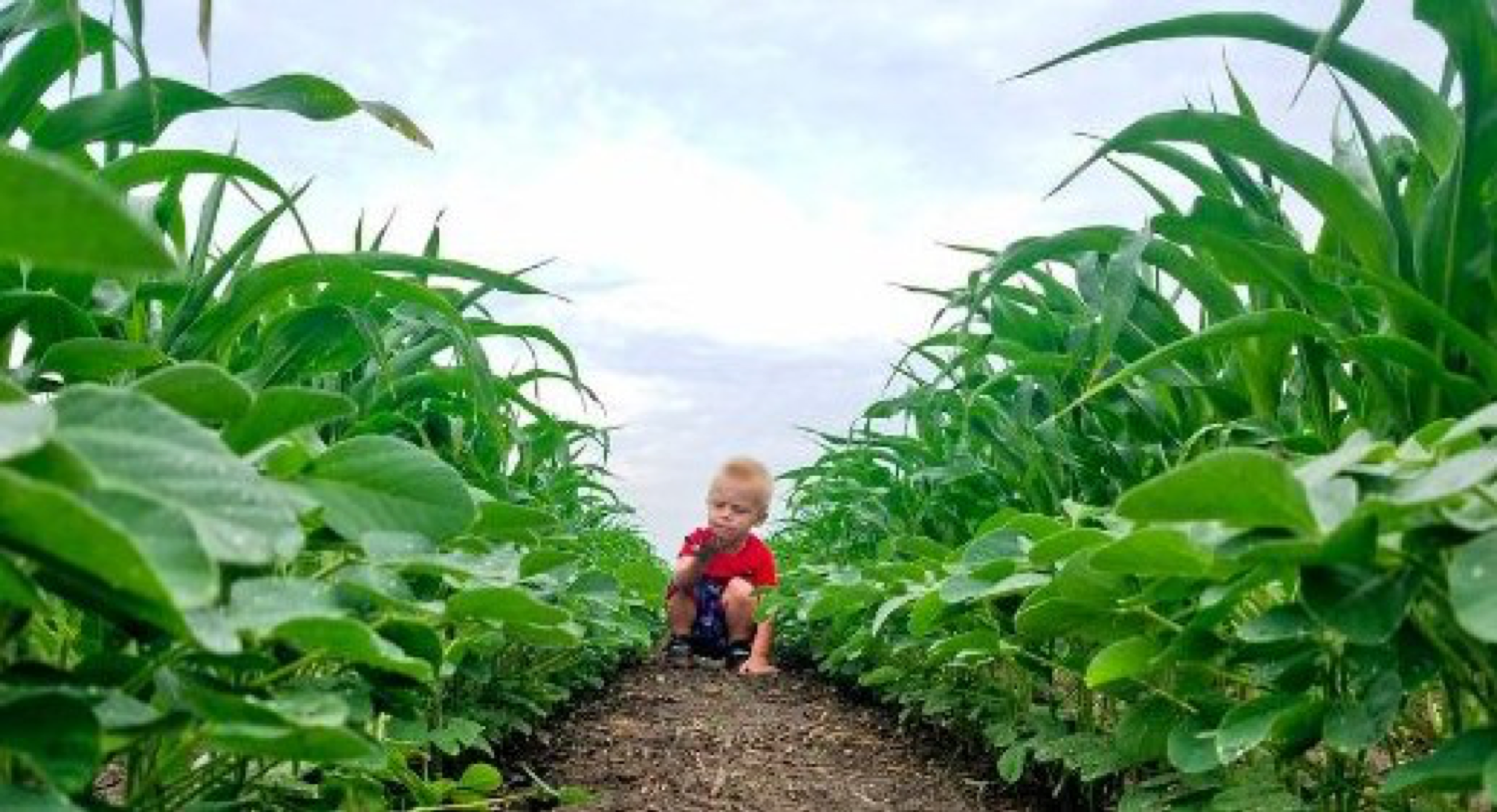 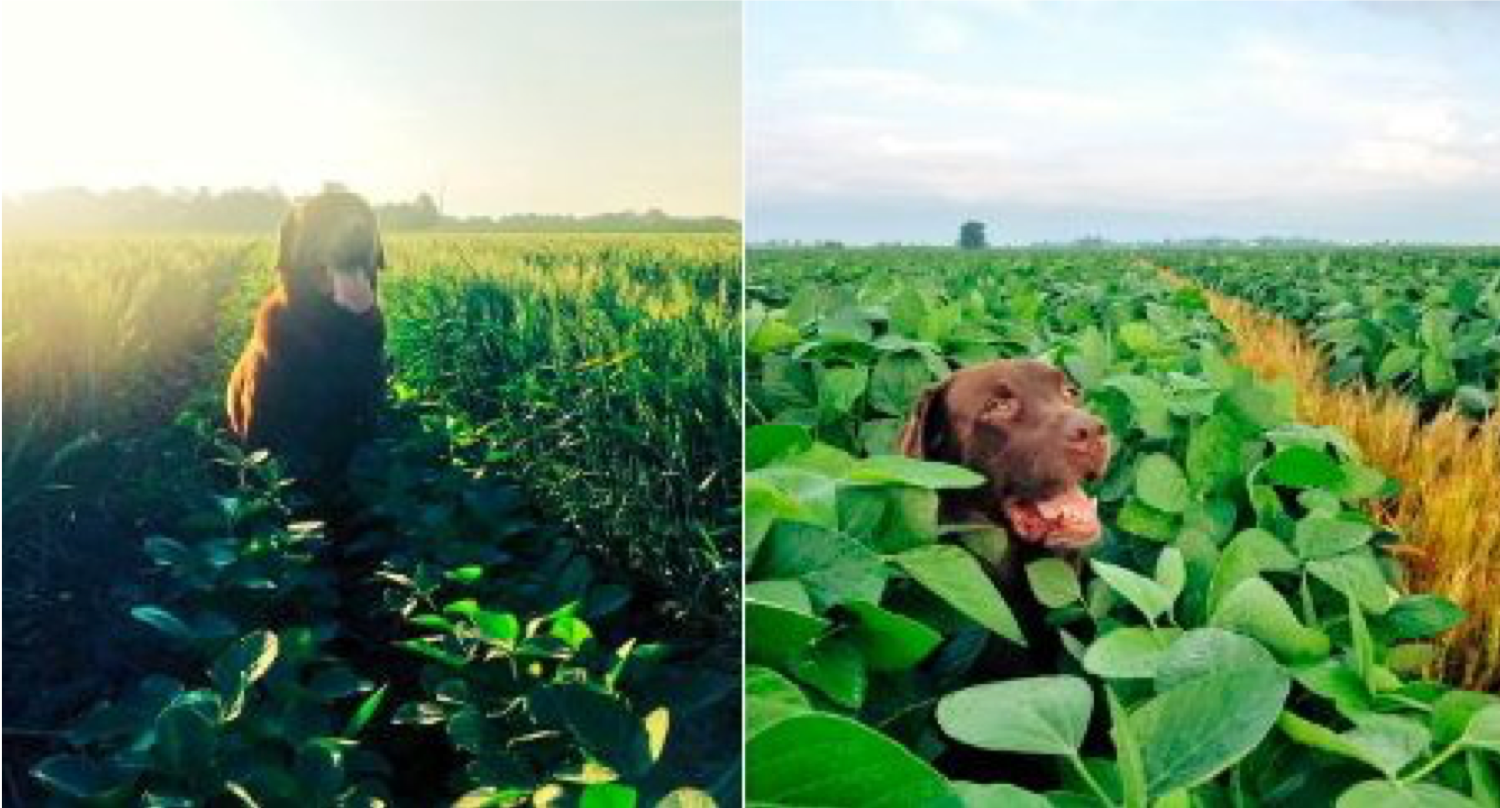 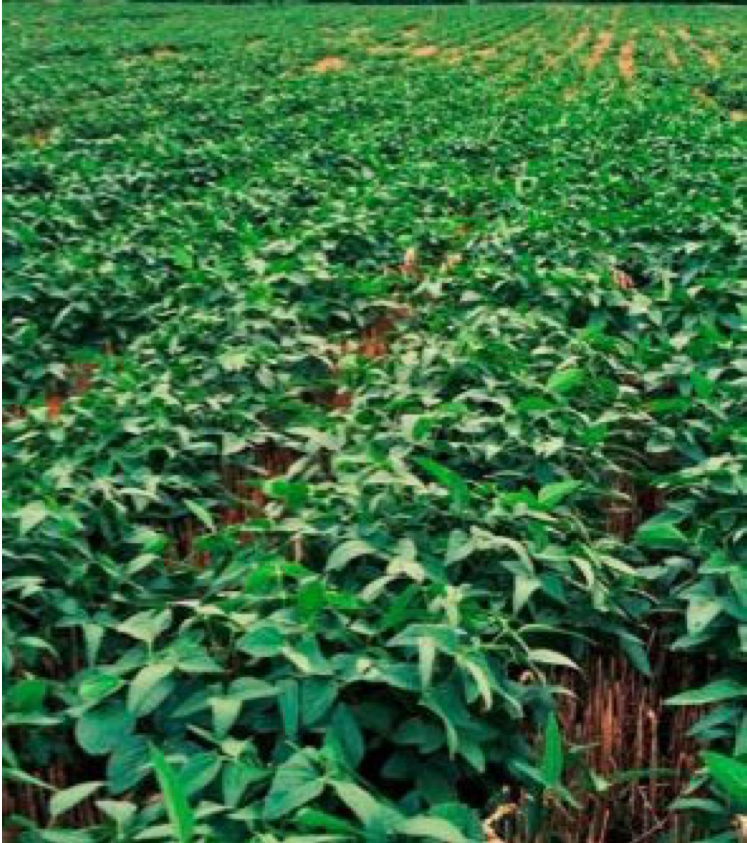 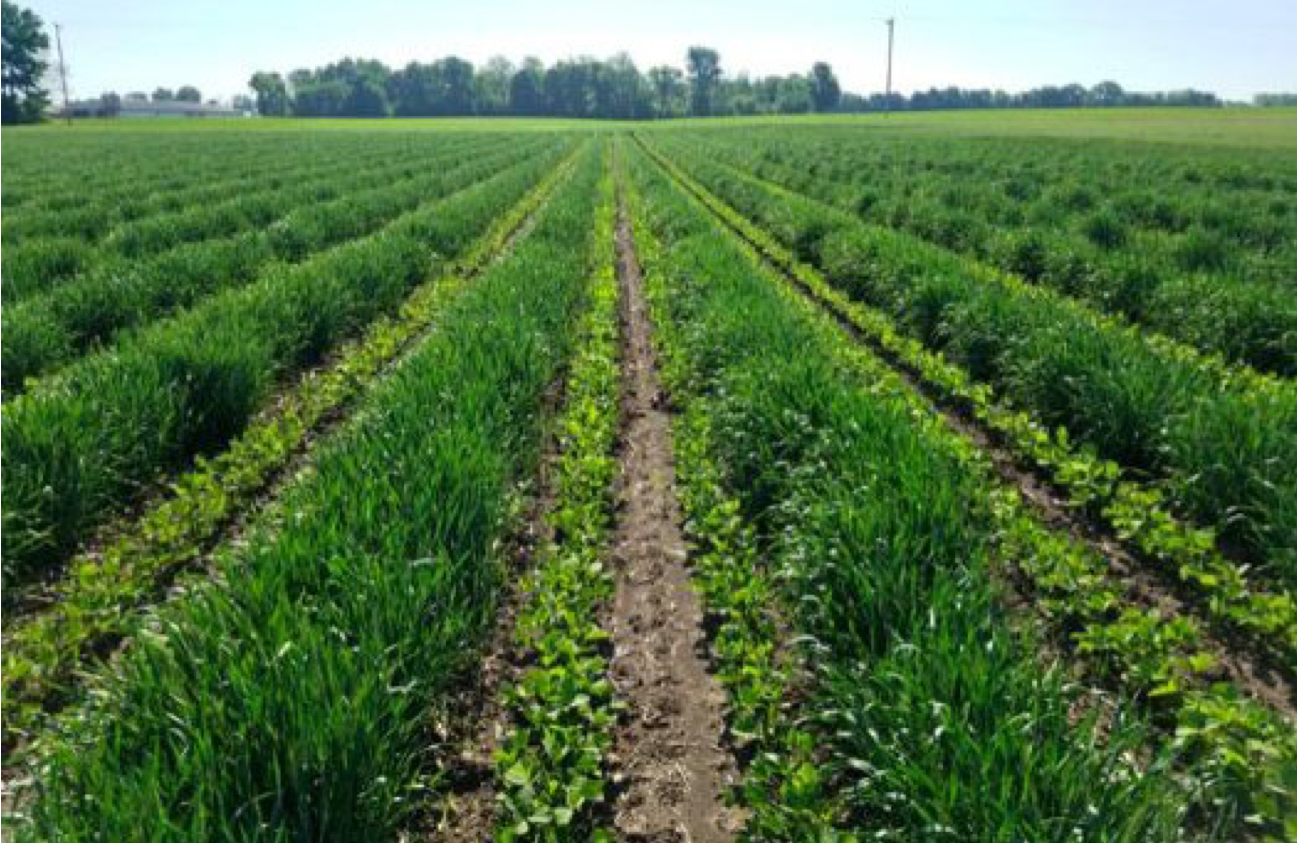 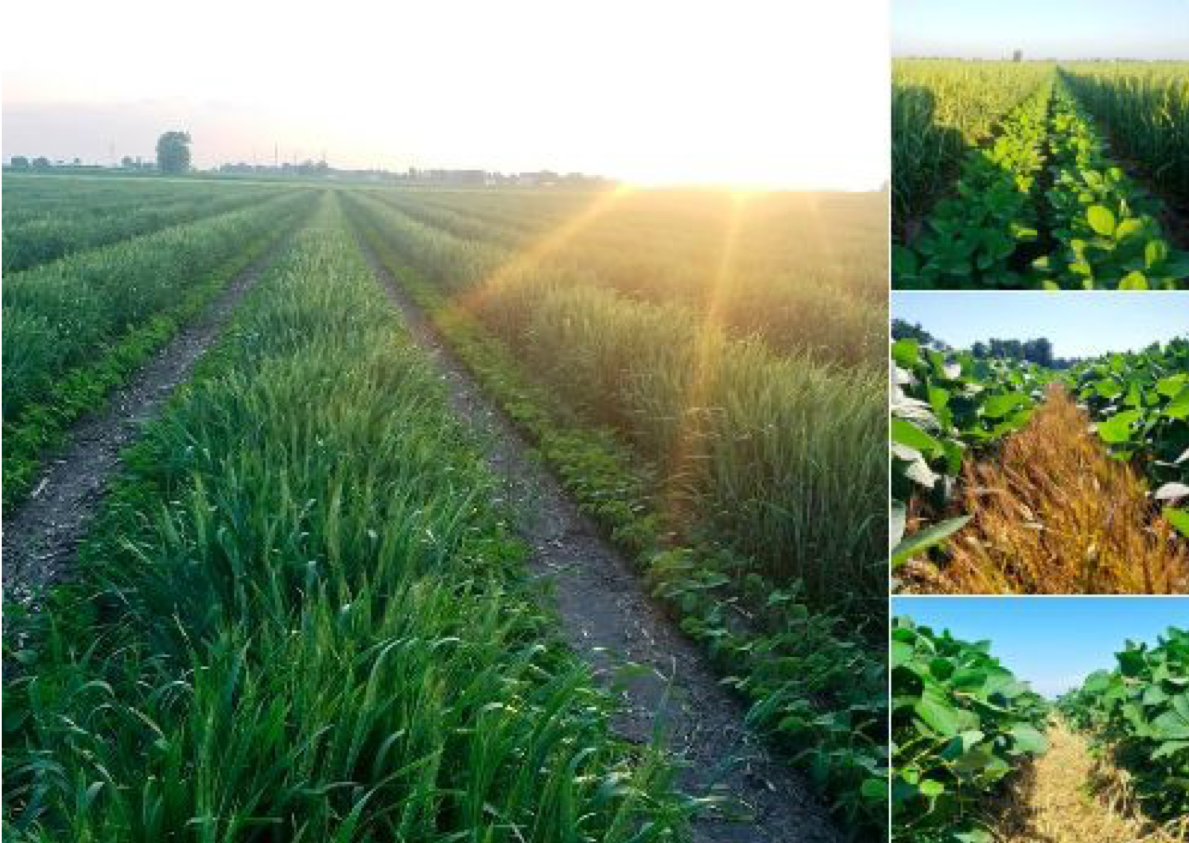 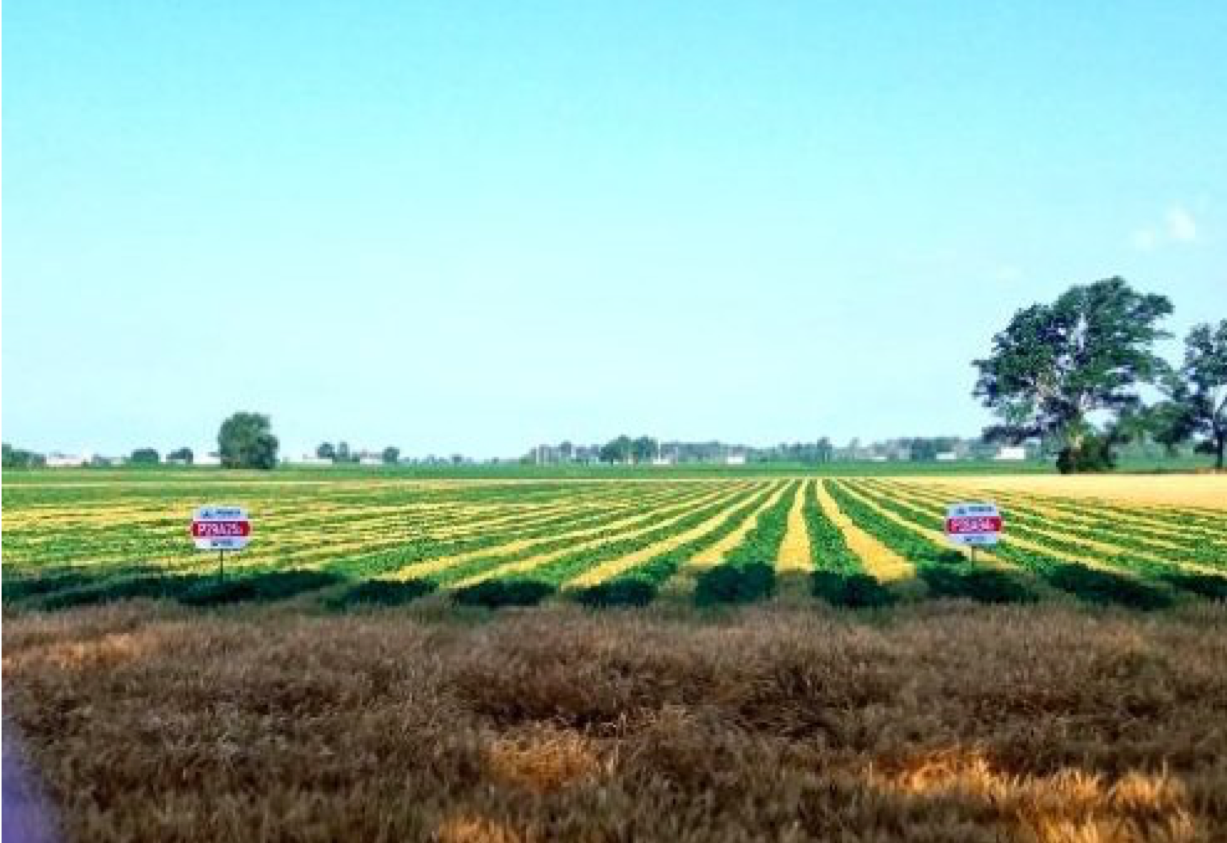 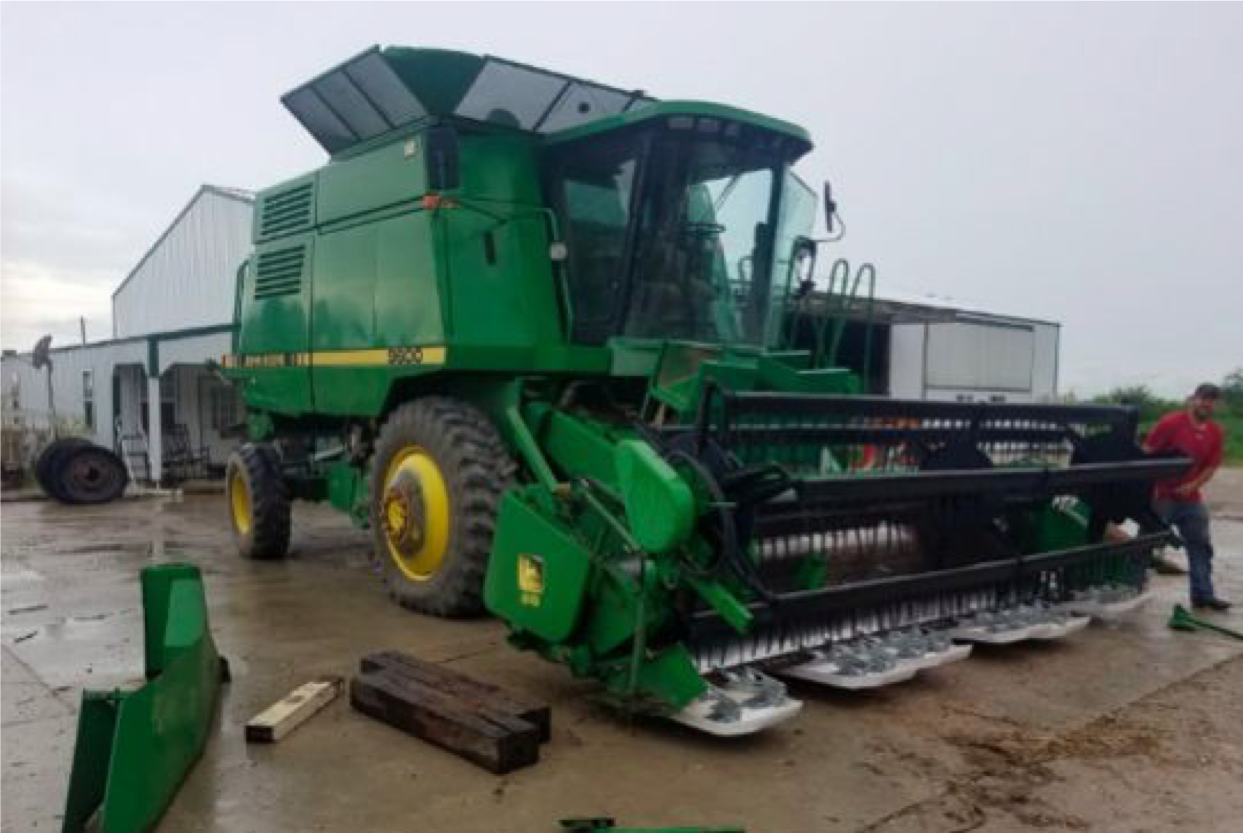 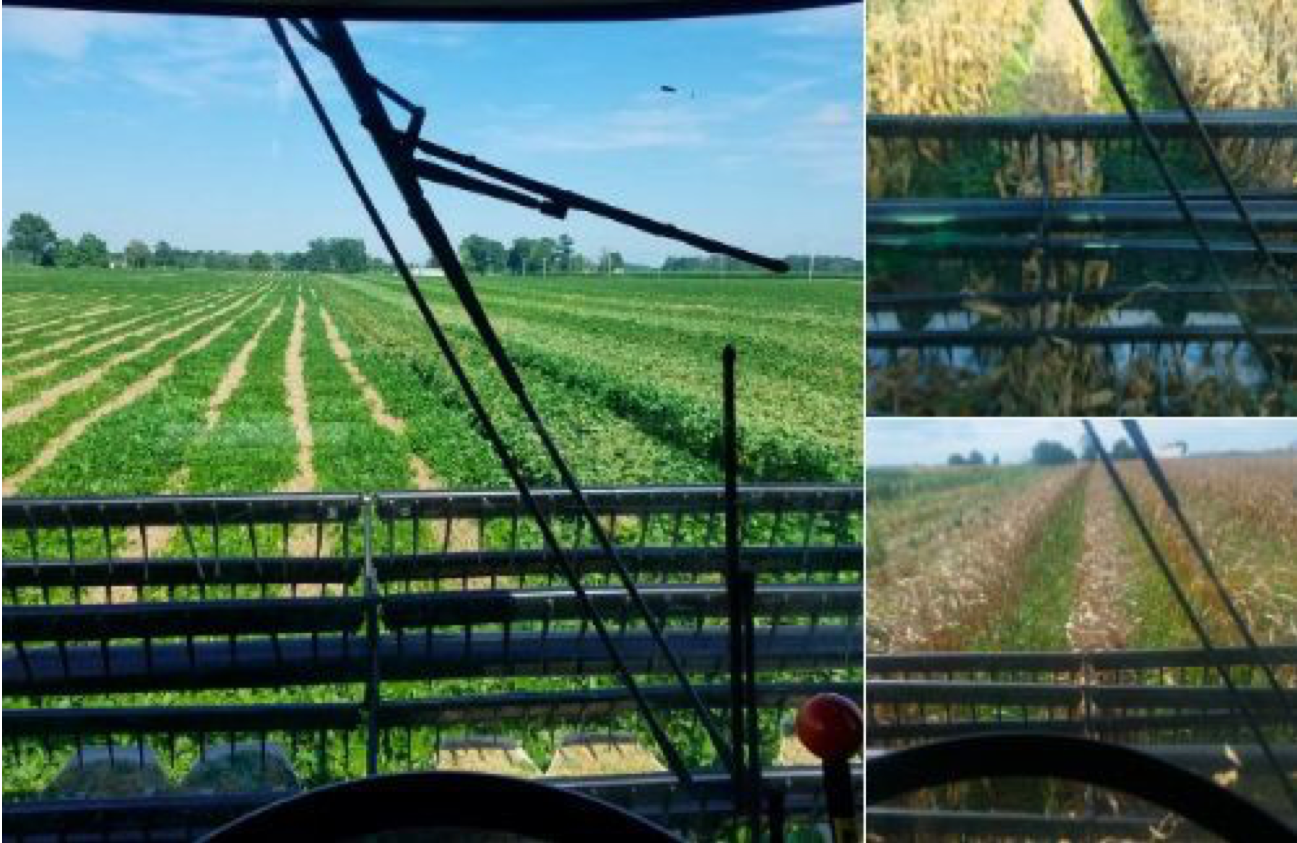 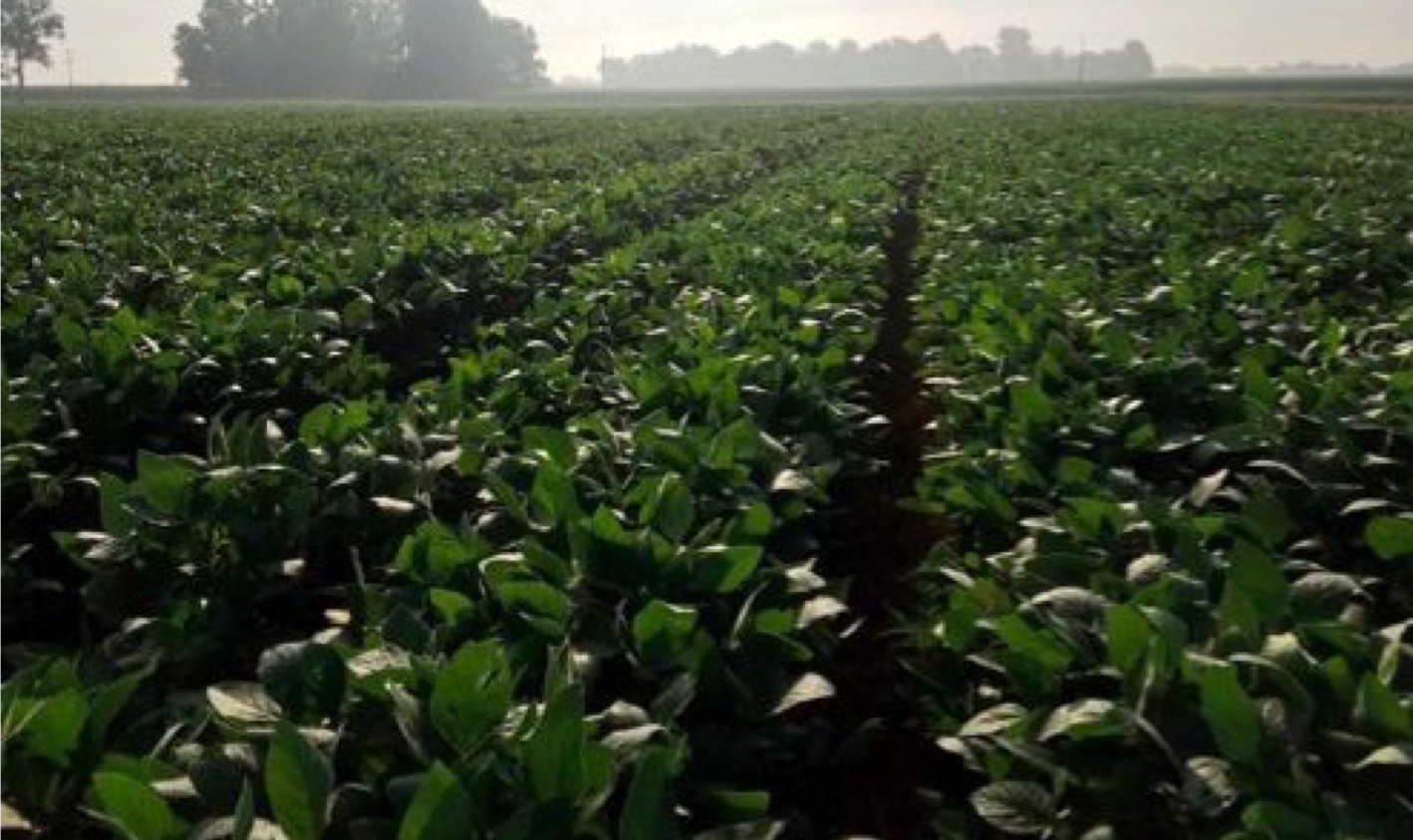 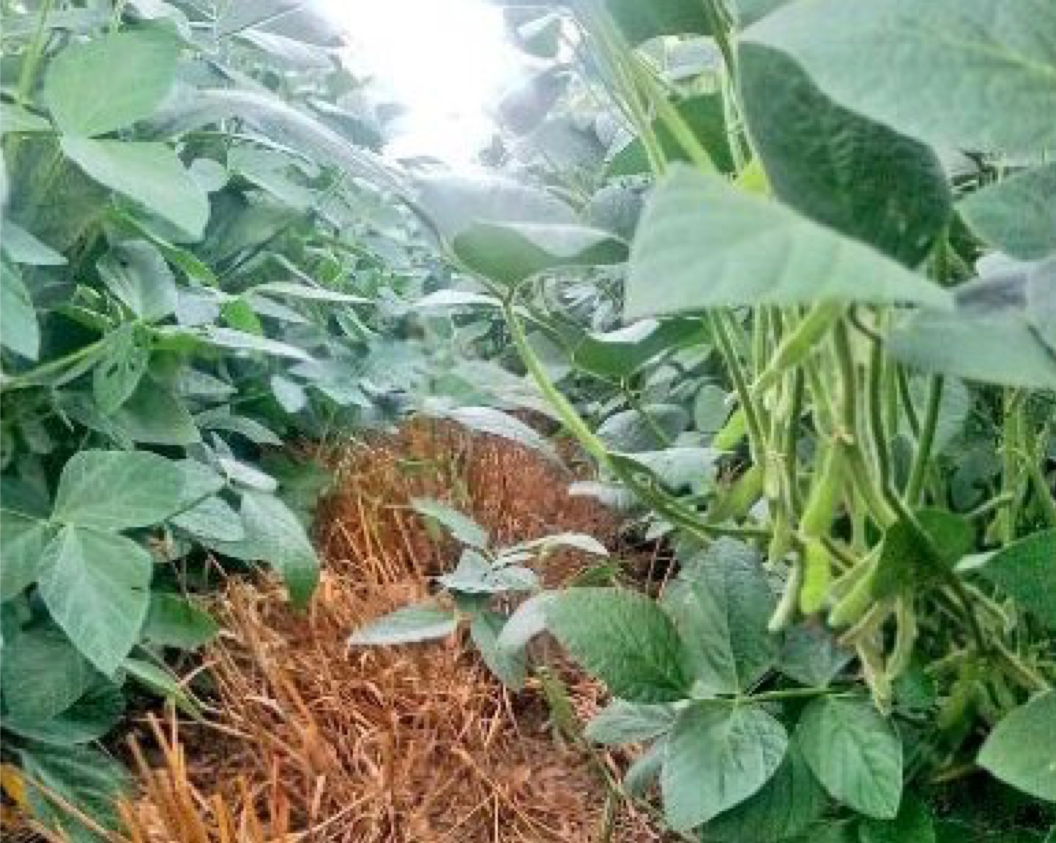 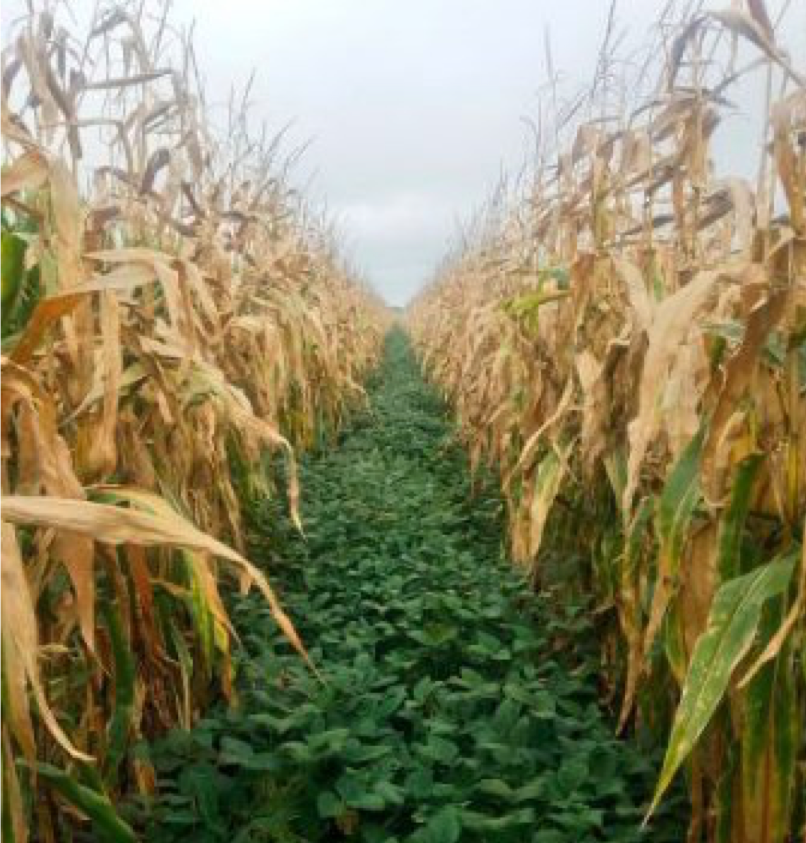 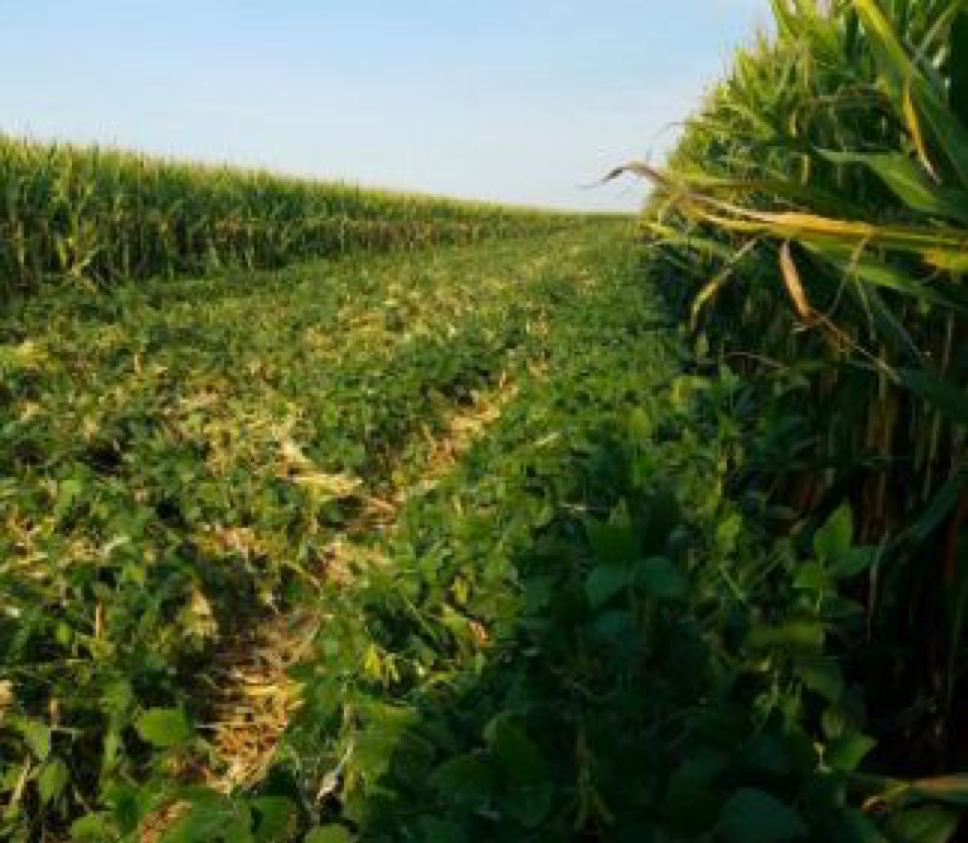 ‘The Problem – An Essay

The winter crawls at the speed of smell when you are a kinetic farmer like I am. Lots of time is spent reminiscing of days gone with my grandpa in his pickup. I love to ask him to paint a picture of how a particular field looked like 50 or 60 years ago when he was an engaged young farmer. The 100 acre field that he is describing used to be 10 or 15 smaller fields with barns, chicken houses, and pasture. It produced the bacon, the eggs, and the toast.

By 1990 no fences wasn’t just the #1 selling country album. It was the landscape of the country side. You could literally watch your dog run away for days. I was 10 years old, and I was just tall enough to reach the clutch on our IH 3588, so dad put me to work working the dirt. I just missed the plow days by a few years, but I witnessed thousands of hours watching my dad turn over the dirt through the dirty glass. My dad had worked his adult years to that point removing every fence post on our 3000 acre farm. We thought we were getting more and more efficient with every 300 acre mega field we created.

What has manifested over the past 50 or 60 years under the radar is a gradual loss of our independence. With each and every new ag technology, convenience we implement we break away and float further and further away from control of our own destiny. The suppliers of our inputs have teams devoted to price elasticity of demand, and what they have been able to do is leverage the fact that we must have their products in order to produce a crop.

The casualty in all of this has been soil heath. When we tore down our fences. Our grain once gave us bacon, eggs, and the manure for our garden. It now gives us a liquid asset, cash. We use it to buy bigger tractors, planters, vacations and the fertilizer necessary to grow another crop. We have treated the soil as a medium to hold fertilizer in order to grow corn and soybeans instead of the foundation of the next generation.

Livestock has become consolidated to just a handful of farms in each county. Thousands of head under one roof. Barn after barn on the same farm. My farm produces 25,000 300lb pigs to market annually. It takes 5,000 acres on a good year to feed these pigs. Thats 5,000 acres of grain that extracts copious amounts of Nitrogen, Potassium, Phosphorus, and Sulfur from local farmers.

Over 80% of our tillable acres in this country feed livestock, however only 4% of our acres have manure applied to them. These acres for the most part do not revolve. The result is a dead end road.

We need to reach a compromise heading into the future. We’re not going to resurrect our fences, and we don’t have enough ground to have livestock grazing everywhere.

Soil: the Lifeblood of Our Future

Our focus needs to shift. This race to produce more through tillage, commercial fertilizer, herbicide resistant technology, and economies of scale is just inflating the bubble. When it pops, it not only will collapse upon highly leveraged operations, but the productivity of our soil. The lifeblood of our future.

Constant Canopy brings together livestock farms to turn an environmental liability into, clean, green, renewable energy to be used to heat homes, create electricity, or as fuel for cars and trucks.

Nationwide, “manure management”—field spreading for fertilizer, storage in ponds, among others—is a major source of methane emissions: 61.2 million metric tons of carbon dioxide equivalent (CO2e), or 8.6% total U.S. annual anthropogenic methane emissions.  Since methane is a potent greenhouse gas with 28–36 times the global warming potential of carbon dioxide (over a 100-year period), the avoidance of these emissions has become a major focus of the environmental conservation movement.

Though an anaerobic digestion process oxygen is removed, and microorganism break down the manure and methane is collected.  Methane leaves the digestor and is cleaned and becomes a nearly pure stream of methane (RNG), which is chemically almost identical to fossil gas. With the Energy Policy Act of 2005, and the and Energy Independence and Security Act of 2007, the EPA assigns a Renewable Identification Number (RIN) to biofuel.  Manure derived biogas carries the highest and most valuable D3 RIN. 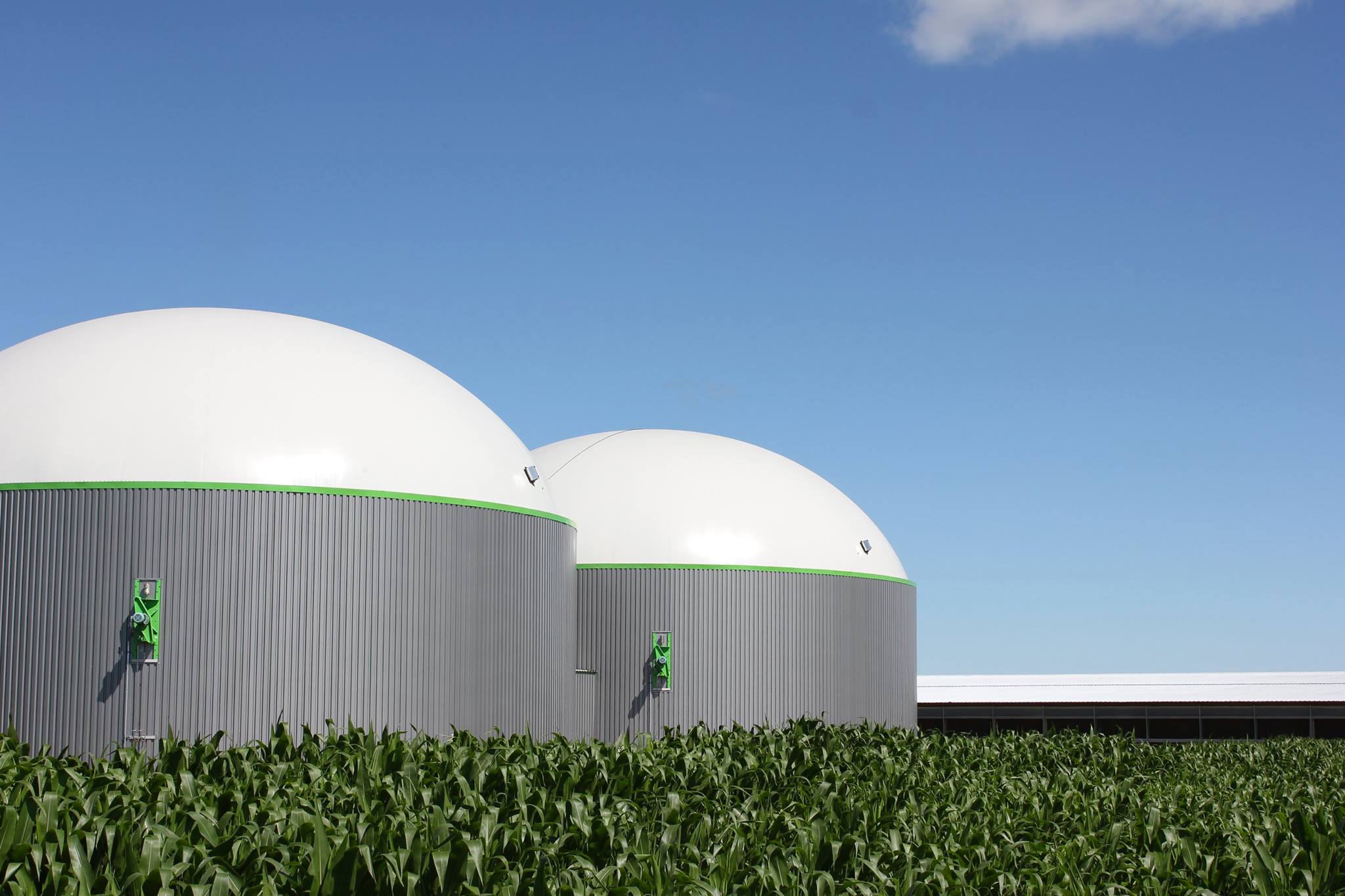 Gasification addresses waste disposal of manure and turns waste into products that can be used for many different factors.  When Constant Canopy gasifies manure, all the biological factors that can cause damage through liquid application of manure are removed from the equation.

Biochar is the carbon-rich product obtained when biomass is heated in a closed container, in either an oxygen-starved or oxygen-free environment. Gasification produces a material that contains the mineral ash from the feedstock as well as the fixed carbon – which will be in the form of a carbon char.

The carbon in this char is transformed into a very absorbent material that has charged particles which attract nutrients and moisture. There are also many benefits that biochar provides for the atmosphere and the environment, both during the production process and once it has been applied to the soil.

Carbon capture – biomass energy projects are considered carbon neutral.  However, when biochar is produced, they are carbon negative, as carbon is sequestered in the soil for hundreds of years.

Reduced odors – there is no odor from biochar, as compared to both the raw product, such as manure, and the soil amendments it is replacing.

Reduced harmful greenhouse gas soil emissions – most organic products that are applied to soils still contain carbon and nitrogen in a form that is easily emitted into the atmosphere.  These gases – such as N2O (nitrous oxide) and CH4 (methane), contribute to climate change and are much more harmful than CO2.  CH4 is 23 times worse, and N2O is 331 times worse.  Biochar retains both the carbon and nitrogen in the soil.

Reduces the amount of water needed by increased water retention in the soil. 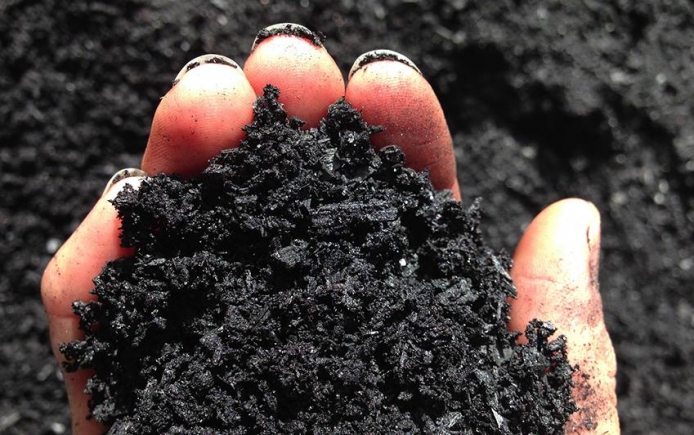